A whirlwind of crazy chaos, a dialogue in the digital world, and the first ray of the sun – ‘Shalaka’ hails from India’s orange city Nagpur, calls Bangalore’s purple skyline her favourite muse and every window seat her favourite abode. She has been passionate about writing since 8, and her first book Orenda stands taller as a milestone, starting her literary journey as an author. She was invited as a speaker at Jaipur Literature Festival, Bangalore Lit fest, Pune International Lit Fest and Orange City Lit Fest too.

Shalaka’s book Orenda was listed on #1 on Kindle under the short stories section and #6 overall earlier in 2022. 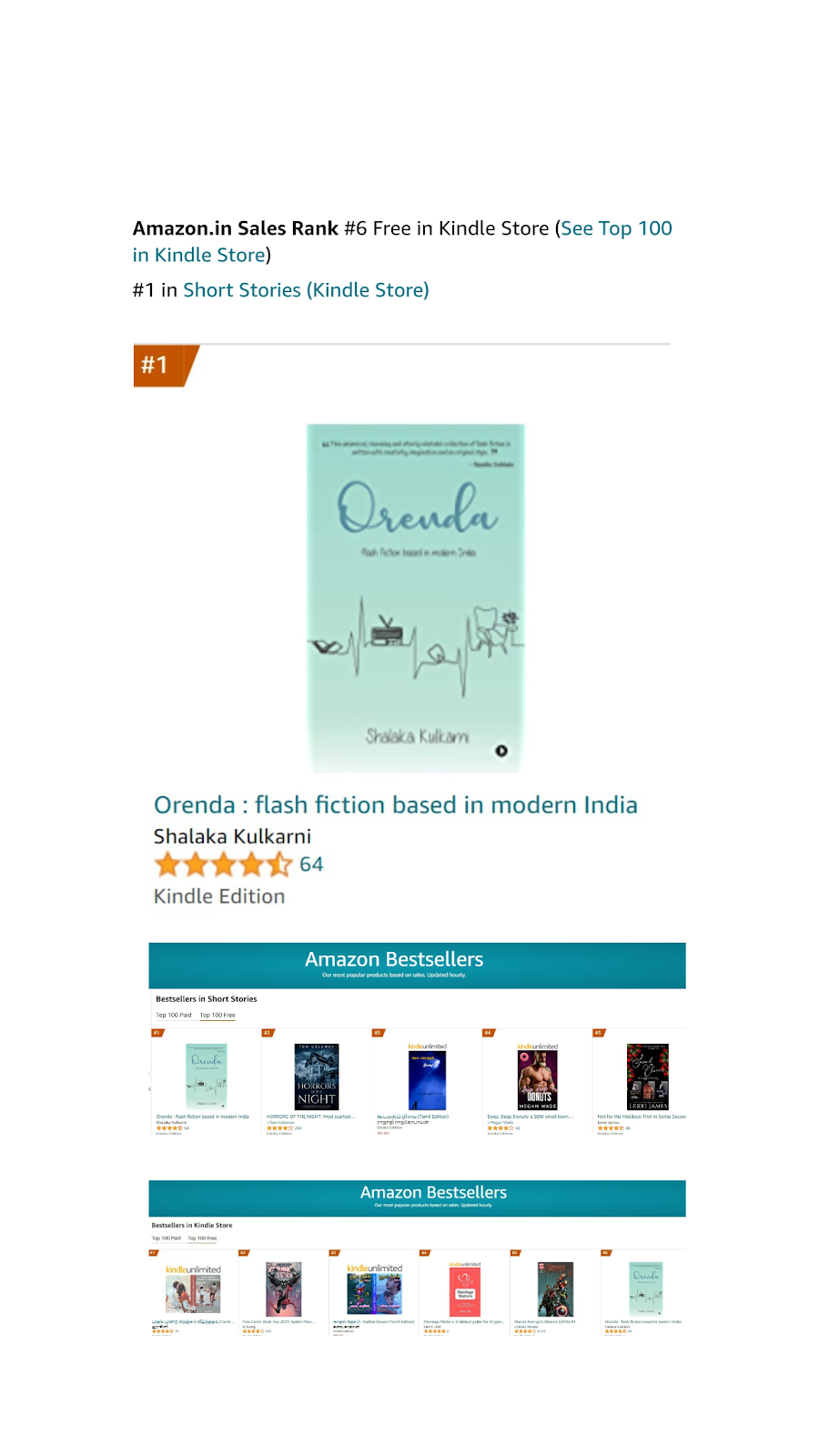 She started embracing words by publishing poems in local newspapers, became an editor for college magazines, did multiple poetry and writing challenges – NaPoWriMo and Inktober and is now exploring the canvas of spoken word poetry, with local and national forums.

This sanguine writer is also an artist, TEDx speaker, marketing/branding professional and has been associated with big brands across the globe like McDonald’s, Salesforce, HPE, Hindustan Unilever, VMWare, Kantar, Brillio – A Bain Capital Company, Terribly Tiny Tales, Unacademy, etc. She was in the top 3 of India for LinkedIn’s internship contest – Get a Job Season 2 with Godrej India. She currently manages the global corporate brand for Microland.

During her engineering, she was managing the Corporate Affairs and Public Relations of an International Model United Nations Conference followed by a Masters in Marketing and a nano degree in Neuromarketing from Copenhagen Business School and Neurons Academy. She was honoured with a national award – Women Disruptors 2021 earlier this year for driving excellence in the field of Social Media for Employer Branding.

Kulkarni strongly believes in the spirit of giving back – has extensively worked with the underserved communities in India, cancer patients and acid attack survivors. Has been recognized globally by her previous employer for being an impactful volunteer. She organised a fundraiser with her Inktober paintings for feeding the hungry last year and aspires to launch more ‘art for greater good’ initiatives in the near future.